It seems the older I get, the harder it is to move. When did that happen? At 50, I know that if I don’t m-o-v-e, my body gets stiff, my energy dwindles, and my mind eventually follows suit. It’s not long before I find myself plopped on the couch still in my PJs, watching some reality show, inhaling a half gallon of Ben & Jerry’s Cherry Garcia ice cream with whipped cream. The problem is the longer I sit, the harder it is to move. It gets to the point that moving will hurt. My back aches, my head is in a sugar fog, and the energy I used to thrive on has become depleted from yelling at teary-eyed women on TV who are now devastated after not receiving that final rose.

Yet, there I sit.

Sometimes I don’t want to move forward because that means I have to face where it is that I am; in pain. This time my pain is of my own doing, but that hasn’t always been the case.

I remember the hardest time I ever had trying to move forward was after my daughter, Jena, ‘moved up’ to heaven. I didn’t want to do anything, go anywhere, and moving forward was not an option I even considered.  Moving, even breathing, without her here on earth was just too painful. So I chose to sit idle, unable to even know how to move forward, and I just chose to stay numbingly lost.

Moving forward after losing a child is almost next to impossible. I was stuck in grief, held down by mourning, and unable to understand the value of taking any semblance of action out of the pain I was in.

When you’re in pain the last thing you want to do is move.

Back then I didn’t understand that actually taking a baby step forward would have helped me understand that life is truly amazing. That even through the pain, I would have been reminded that I had always loved life and loved showing the world, and all its wonder, to my kids.  I couldn’t recall, in my misery, that I used to love to laugh, that I loved to be active, and I had raised my kids to know that life is always worth living, giving your best, and never wasting one single breath.  In my pain, I had just forgotten.

My saving grace was the ever-present, ever-changing, ever-teaching Mother Nature.  She showed with unapologetic certainty that time moves forward whether I wanted it to or not. Winter had passed, spring had arrived and it was weeks before I had noticed the tiny buds on the trees, baby blossoms about to bloom, and the idea that time was such a precious gift I still was allowed to witness. 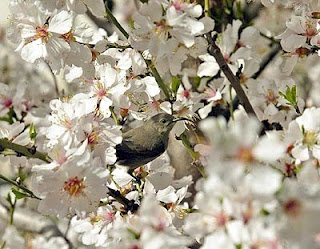 It’s never easy to take that first step. I don’t care if it’s getting off the couch, starting a new adventure, or choosing that life is worth the heartache. That first step is always a choice and it is rarely easy to do. But it’s vital to living.

Right now it’d be easier to sit here, take an Advil for my backache, and stay on the couch eating comfort food and yell at people on TV who will never hear me. The momentary feel-good state will quickly be replaced with uneasiness because that is just not me.

Life is just too spectacular to waste on the sidelines; you have to be in the game to feel the victory. Right now, join me and take a deep breath in, hold it for a count of two, and then exhale it with twice the force. That, my friends, is a precious gift not given to all today.

Sometimes moving hurts but in the long run, it’s the NOT moving that’s the most painful. I know Jena is with me always in laughter, and in tears, and I also know she would never let me wallow in my own pain, after all, she did tell me, “Pain is not a valid reason for stopping.”

So what are you waiting for?
Time to choose.
Time to move.
Time to put down the remote, chuck the ice cream, and grab your sneakers….and take that first step toward your best you, in your best life.
Let’s do this.
Your next amazing adventure awaits.