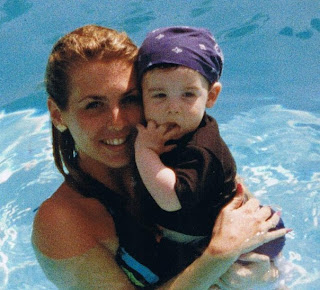 (excerpt from Beyond Breathing)
It’s positive.
My whole life I had always thought positive was a good word.
Webster’s dictionary defines it as “favorable.”
And when seven doctors at Westchester Medical Center walked into my newborn son’s neonatal ICU room and told me that Eric had tested positive, my first reaction was, “Great! Now let me take him home.”
Slow down, not so fast.
Eric was born with meconium ileus, a blockage in the intestines that usually comes out during childbirth. His didn’t. I was still recovering from having him at Vassar Brothers Hospital when I was asked by the doctor on call to pick either Albany Medical Center or Westchester Medical Center because Eric needed to be flown to one of them immediately.
I looked at Marc, who looked back at me and then at the anxious, waiting physician and blurted out “Westchester.”
Two people in red flight suits walked in and put Eric in a small, clear box called an Isolette with wires hooked up to him.
They whisked Eric off to a waiting helicopter.
I discharged myself, and Marc and I drove by car to meet Eric at Westchester Medical Center which was over an hour away.
He was already in the Neonatal Intensive Care Unit (NICU) by the time we arrived. They ran tests for two days, trying to figure out what was wrong with my baby boy.
Finally they had one more test to give him: a sweat test.
Marc and I were in our sterile yellow garments in the NICU unit. I was rocking Eric in the rocking chair, staring at him.
His tiny hand grasped my pinky.
He was swaddled in the hospital blanket, which did a poor job of hiding all the wires that were attached to him.
Dr. Doom, the only woman of the seven doctors who had trooped in, reached for my hand when she said that Eric had tested positive.
Still, it didn’t compute.
“The tests are positive. Your child has cystic fibrosis.”
Marc looked at me and then at the solemn faces of the rest of doctors.
That is when I realized that positive is not always a good thing.
Eric had tested positive for cystic fibrosis,
and that was not a good thing.
Cystic fibrosis (CF) was unknown to me—a new mom who had just given birth three days ago.
What was CF?
How did Eric get CF?
How can we get rid of CF?
Is CF bad?
One sentence from Dr. Doom would sum it all up for me.
“CF is a fatal genetic disease.”
I certainly understood those words.
For the next three hours, the seven doctors went on to explain everything we never wanted to know about CF. They told us that cystic fibrosis is a genetic disease that affects the lungs and digestive tract. They told us that CF causes the body to produce thick mucus that clogs the airways, enabling bacteria to grow, which often leads to life-threatening lung damage.
What a nice way to say death.
They told us that the mucus exists throughout the body, causing the pancreas, reproductive organs, and sometimes the liver not to function to full capacity. They tried to ease our fear by telling us that the pancreatic issue can be controlled with oral enzyme supplements, but added that, unfortunately, 70 percent of all people with cystic fibrosis eventually get cystic fibrosis–related diabetes (CFRD).

Breathe, I told myself. Breathe.

The doctors started getting more detailed and explained that Marc and I were unknowing genetic carriers of the CF gene found in chromosome seven. We’d had a 25 percent chance of having a child with CF. Back in 1989, scientists had isolated the cystic fibrosis gene, and they are working on gene therapy and,
ultimately, the cure for the disease.
They had my full, undivided attention when they disclosed to us that
Eric’s life expectancy was nineteen.
I was twenty-two.
(end of excerpt from Beyond Breathing)
So you see, I have been waiting 19 years.
19 years of loving Eric.
19 years of seeing him grow and overcome incredible odds.
19 years to say…
“HAPPY 19th BIRTHDAY
to the most simply amazing son a mom could ever have!” 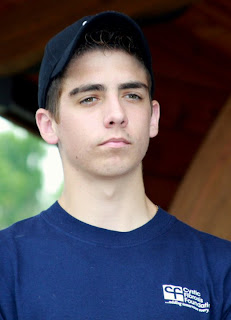 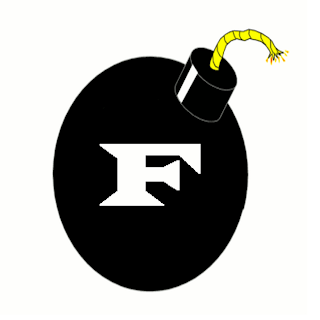