I’m sure you’re not surprised to know I am writing this from seat 11C, non-stop flight from NYC to Los Angeles, California.

Where am I off to this time?

I have a Beyond Breathing book signing and a Great Strides walk in Huntington Beach, a Cystic Fibrosis fundraising event in Hollywood called “California Wine Masters,” and a few much anticipated dinners with very special west coast friends. By now you know that I’ll do anything and everything for CF because both my kids, Eric and Jena, were born with the horrible genetic disease.  I am sure you are also convinced that I am determined to make CF stand for Cure Found.

So while Marc is sleeping, I turn on the laptop, hit the shuffle on my iPod and begin my 5 hour and 18 minute flight out west.  The first of my 373 songs that plays is “Everything I Do” by Bryan Adams and my writing begins.  I’m smiling as I look out the window into the clouds.  The universe has my undivided attention. 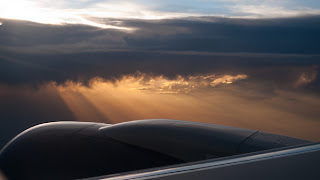 This song has a story, this flight is long and my laptop is fully charged; my blog begins.

The lyrics I hear are:

Romantic if it were about Marc, but it’s not. “Our song” is I.O.U by Lee Greenwood. That my friends is a whole other story where I’m sure I’d joke and tell you how Marc’s been paying for marrying me 20 years ago.

Right now, THIS song is a love story about me and Eric.  Mother and son.  Unbreakable bond…stretch marks and all. When Eric was born back in July 1991, “Everything I Do” was the number one song. You couldn’t escape hearing it at every wedding, every high school prom, and of course it was incessantly playing on every radio station in the country.  Oddly enough, the place I heard it the most was in the Neonatal Intensive Care Unit (NICU) at Westchester Medical Center.

It was Eric’s first home for his first week of life. As a 22 year old mom, I would hold Eric so very carefully as he was swaddled in hospital blankets with wires attached to his tiny body.  As I rocked him and stared at my new baby boy, I listened to the lyrics and cried.  He meant the world to me and he redefined my definition of true love.  As a young mom, I was so scared what was ahead of me.  All I was told was that Eric had CF, a genetic disease that no cure and his median life expectancy was 19.  At that moment I knew that everything I would do, I would do it for Eric. 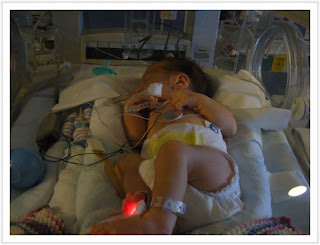 Flash forward 18+ years…Eric was discharged from the hospital on March 11, 2010 from a pretty bad flare up with his lungs due to CF.  As we drove home in my car listening to the radio guess what song came on? The song hit me pretty hard.  I started crying and had to pull over to let Eric drive.  I realized that it wasn’t the lyrics to the song that got me but the promise I made to him 18 years ago in the NICU. Whether I said it out loud to anyone or not, I really don’t know, but I do know that choosing to be a stay at home mom for 17 years, attending CF fundraisers, and chairing local and national CF committees, everything I have ever done with meaning and purpose in my life was because I was a mom to Eric and Jena.

When Jena fired me and left this world on December 4, 2006, my fight for CF still continued.

CF is the reason for my heartache and is the force that drives me to make a difference in the lives of those who fight to live.  CF has integrated into all aspects of my life. In fact, there hasn’t been a vacation I haven’t gone to that CF wasn’t somehow figured into the mix.  CF is everywhere and in everything I do.  Sometimes it feels empowering when I am part of an event where we’ve raised a ton of money for research and sometimes it’s the source of my misery.

Before I left the house today, I checked my Facebook account and realized I was down yet another friend…crap.  That makes two so far this month. Both Facebook friends had cystic fibrosis.  Both Facebook friends lost their battle to CF this month…crap.  This month ironically is national CF awareness month.  Not exactly the way to create CF awareness.  This is why I have laser-like focus to do everything I can to cure this hideous disease. I do it for Jena. I do it for Eric.  I do it for Emily and Mike.

In addition to the worry of having a son with CF, I have been informed by said son that he is going to fly out to San Diego next week.  Why?  To take a two week road trip back to New York with his long time friend Dean.

Where is that sarcasm font when you need it?

So, two 19 year old boys will be traveling cross country, living large, experiencing all the adventures life has to offer, with absolutely no supervision-whatsoever.

Marc and I raised him well.  We raised our kids to live life to the fullest in spite of CF.  I never put him in a bubble to protect him from the world, I never told him there wasn’t anything he couldn’t do and now I have to accept the fact he actually listened to me.  But cross country for two weeks? Really?

“Tara, Hi it’s me.  Now listen, I know you’ve been there for me through everything and I owe you the world.  Tell me, how do you feel about a little trip cross country? We could fly to San Diego, rent a car, get cool disguises and follow the boys home.  What do ya think? You up for it?”

Dean is her youngest of 4 and she knew better.

“They’ll be fine…and you know damn well that if we go, Marc and Tim would be right behind us wondering what the hell their wives were getting into now…so how about I just come over for a glass of wine and we can look at the boys’ baby pictures instead?  If it makes you feel better, I’ll bring over some wigs.”

After a moment and a heavy sigh I answered, “Yeah, you’re right.”

Before I could grab some wine glasses and open a bottle of Cabernet she was there with a hug, two pairs of dark sunglasses and blonde wigs.

CF sucks and life is an adventure if you’re doing it right.  And you should consider yourself damn lucky if you’re surrounded by those who love you when you act crazy.

So, I’m off to another CF event in California because that’s what I need to do.

Eric’s going to have the adventure of his life and that’s what he needs to do.

But between you and me…I’m scared.

Eric is the entire world to me.

He is what keeps my from going completely and utterly insane.

Everything I do… I do for him, for Jena and for those fighting CF.  I can’t stop fighting against CF and I can’t keep life from Eric. 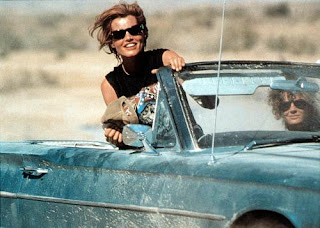